Home » SmartLinx Blog » ACA & Health Care Reform: Where Do We Go From Here?
× Share this Article

ACA & Health Care Reform: Where Do We Go From Here?

Today was a key date for insurance carriers participating in the healthcare.gov marketplace. They were to submit any final adjustments to their proposed 2018 premium rate requests. Uncertainty over the Republicans’ promise to dismantle the Affordable Care Act (ACA) and President Trump’s vague threats to curtail cost-sharing subsidies has prompted many insurers to seek substantial premium increases. This uncertainty is also causing many insurance companies to pull out of the marketplace altogether, which could lead to a marketplace collapse.

And it is this uncertainty that has given insurers a bit of a reprieve. Today’s deadline has been extended nearly three weeks. Insurers now have until Sept. 5 to calculate their 2018 rate requests.

Nevertheless, insurers are likely holding their collective breath until Aug. 21, when they are scheduled to receive the next round of cost-sharing payments. Insurers rely on these subsidies, a carryover from Obamacare, to lower the deductibles and copays of lower-income policyholders.

Trump could pull the plug on these payments without legislative approval. Doing so, however, would be very risky as it could destabilize the health exchanges even more.

So how did we arrive at this juncture, and where are we likely headed? And how will this affect compliance for healthcare organizations such as long-term care and skilled nursing facilities?

Let’s go back to the presidential campaign. “Repeal and replace” Obamacare was one of Trump’s key campaign promises.

Fast forward to Jan. 20, when Trump signed his first executive order, specifically targeting Obamacare by asking the Internal Revenue Service (IRS) to be lenient in enforcing ACA penalties for individuals and insurance companies. Of note is that it did not mention employers.

The House passed the American Health Care Act of 2017 (AHCA). This bill required approval by the Senate and the president to become a law. The Senate modified the House bill, renaming it the Better Care Reconciliation Act (BCRA). BCRA removed Individual and employer mandates but did not cut Medicaid expansion as proposed in earlier bills.

At their annual summer meeting, the nation’s governors came out strongly against the BCRA. Opposition came not just from Democratic governors but from Republicans as well.

In a dramatic 49-51 vote, the Senate rejected the scaled-down Republican plan to repeal parts of the ACA. The failed to pass by three votes: John McCain (AZ), Susan Collins (ME), and Lisa Murkowski (AK). President Trump responded with a series of tweets, threatening to let ACA implode, the first of which read:

While Trump had requested that the Senate cancel its August recess to continue to work on the legislation, the most he got was a delay, which was all for naught. As of today, Congress still has yet to pass a bill making any significant change to ACA. The following scenarios are extremely unlikely:

So what’s next? Next month, the Senate health committee is scheduled to begin bipartisan hearings on about how to fix the ACA — that is, how to stabilize the individual health insurance market.

Here’s our take on the situation. Based on what has transpired, we do see changes coming down the pike, but nothing so transformational as we may have been led to believe.

For healthcare organizations, as of now it’s business as usual.

Still up for grabs

While both the AHCA and BRCA would have ended Medicare expansion, this provision was removed from the “skinny repeal” in an attempt to gain support. This will be a point of debate in future ACA modifications. 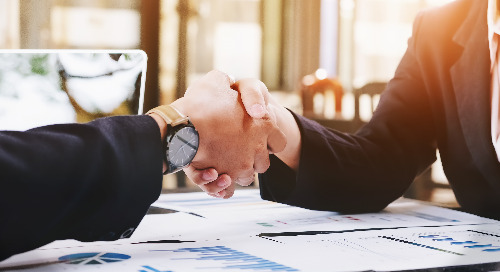 For Long-Term Care facilities, consumers are not the only ones looking at your Five-Star Rating — financial... 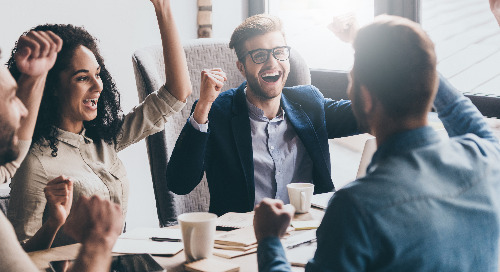 How to Land a Perfect Five-Star Rating

If your facility is struggling with its Five-Star Rating, here are a few tips on how to give it a much-need... 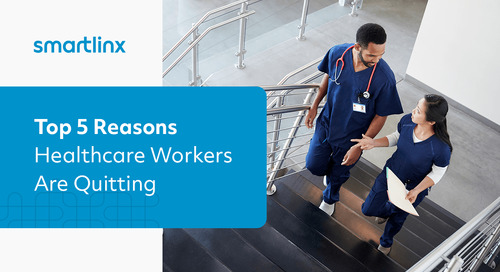 Nurses and caregivers are facing immense stress. Keep reading to learn the top reasons healthcare workers are quitting and what you can do to reduce turnover. 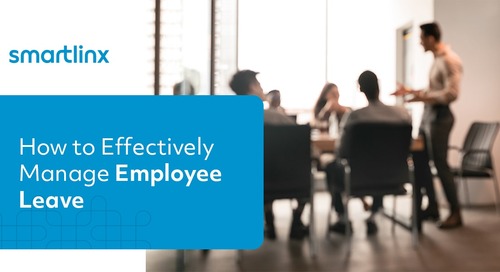 How to Effectively Manage Employee Leave

Managing your nursing facility can be overwhelming. Click here to learn how to effectively manage employee leave with tips and best practices. 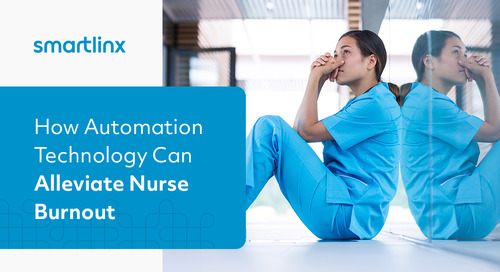 Nurses experiencing burnout can experience physical, emotional, and mental exhaustion. Click here to learn about automation technology and how it can help. 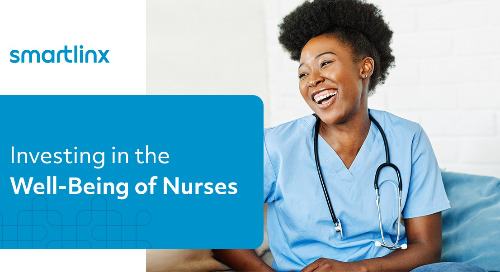 Investing in the Well-Being of Nurses
Read Article 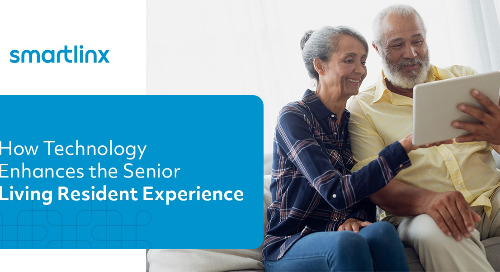 While older adults and technology don't always mesh well, digital solutions can transform the senior living experience for the better. Learn how with SmartLinx. 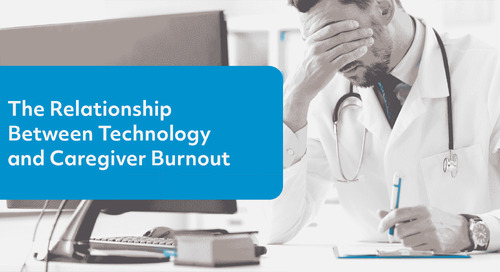 Caregiver burnout has many causes, and it may manifest physically or mentally. Contact SmartLinx to learn about our healthcare workforce management solutions. 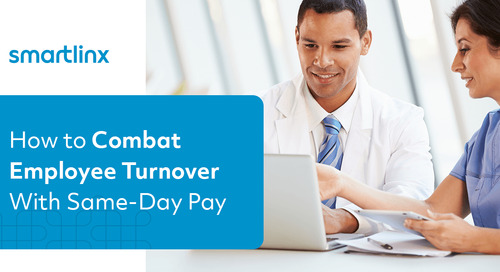 How to Combat Employee Turnover With Same-Day Pay 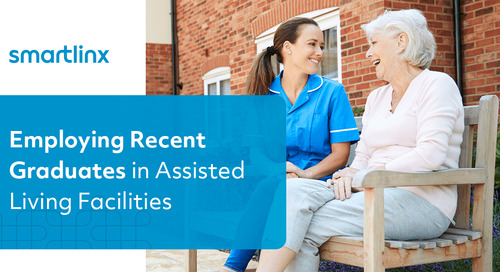 Do you need to hire more nurses at a long-term care facility? Recent nurse graduates can be great candidates. Learn more about employing recent graduates! 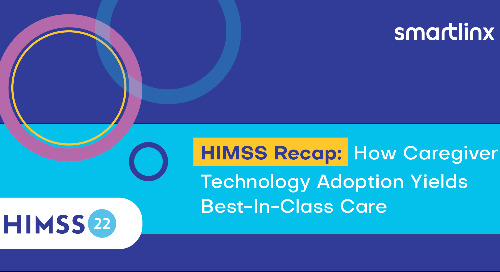 While at HIMSS, we were motivated by the incredible new strategies presented to reimagine healthcare. 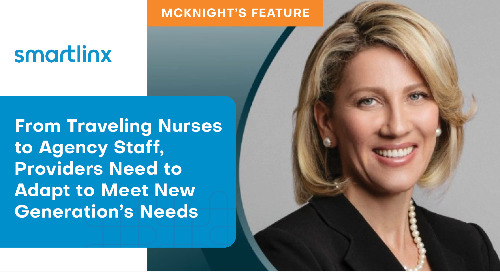 The “future of work” is here and now. For years, younger workers have requested more flexible work arrangements to no avail. 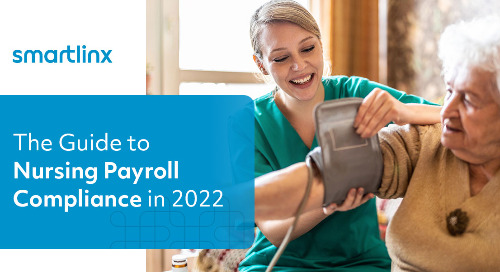 The Guide to Nursing Payroll Compliance in 2022

There are many elements that go into maintaining payroll tax compliance. Keep reading to see how you can improve this process in your nursing facility. 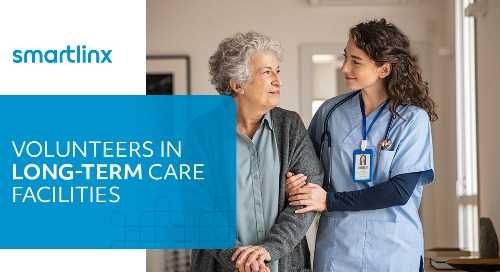 Bringing volunteers to your long-term care facility can enhance living for residents and assist your staff. Click here to learn more about these benefits. 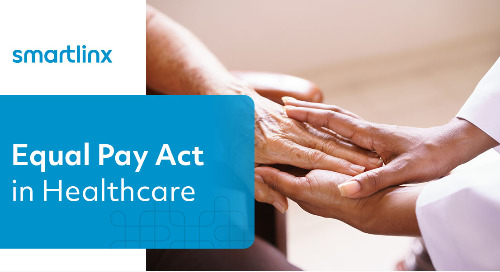 The Equal Pay Act paved the way for fair compensation practices, but it wasn't a quick fix. Learn about its effects in the healthcare industry with SmartLinx. 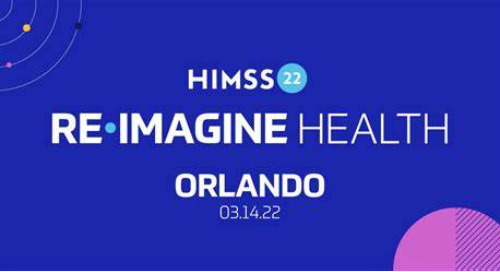 Michelle Northey will be delivering an enlightening talk to examine how delivering a caregiver-first approach through technology strategy support delivering of best-in-class care. 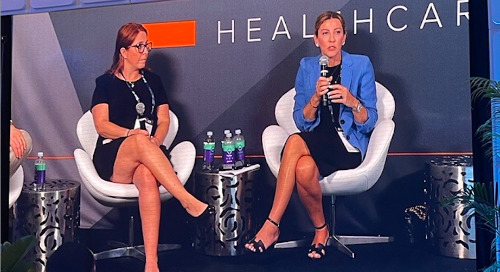 eCAP 2022: Building Resilience: Navigating the Standards and Solutions of a Complex Labor Market

Our CEO, Marina Aslanyan, sat on the panel "Building Resilience - Navigating the Standards and Solutions of a Complex Labor Market" 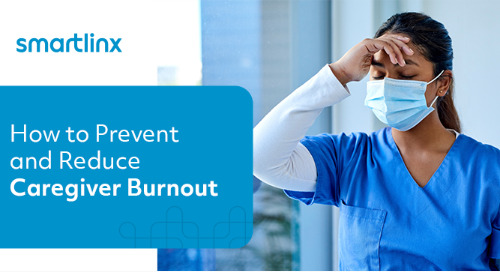 How to Prevent and Reduce Caregiver Burnout 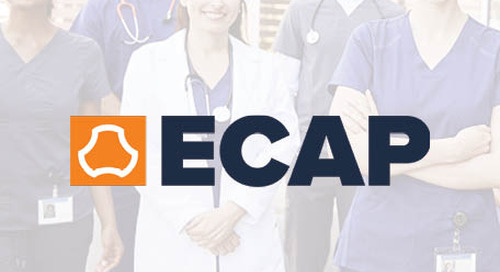 This year, Marina Aslanyan, SmartLinx CEO, will be participating in an illuminating panel alongside other healthcare thought leaders, to discuss the current staffing crisis, employee turnover and rete 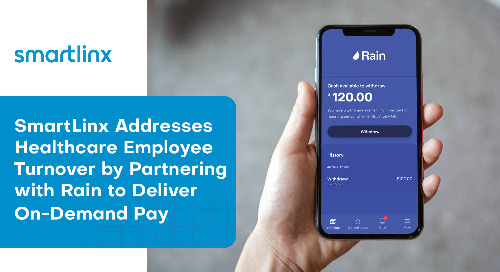 Through this partnership, SmartLinx looks to address today's challenges with financial insecurity, hiring and retaining skilled workers, and reducing employee turnover in the healthcare sector. 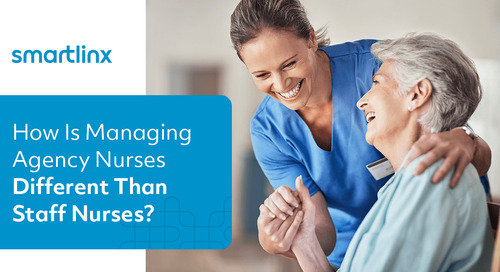 How Is Managing Agency Nurses Different Than Staff Nurses?

When faced with the need for more nursing staff, many long-term care facilities turn to staffing agencies. Learn more about managing agency and staff nurses! 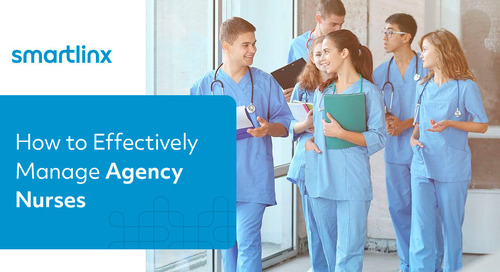 How to Effectively Manage Agency Nurses